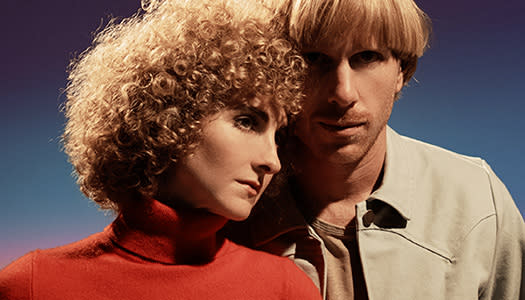 PROOF OF VACCINATION OR NEGATIVE TEST REQUIRED FOR ENTRANCE.  MASKING REQUIRED DURING SHOW!

Proof of full vaccination completed at least 14 days prior to the show or a negative COVID test administered by a health care professional within 72 hours of the event are required for admission.

We'll be checking vaccine cards and negative test results at the entrance. Photo of document will be accepted and must bring matching ID to verify.

Patrons need to be masked inside the theater when not ACTIVELY drinking.  ACTIVE is the key word here.  Please leave your mask on except for the periods where you are actively drinking.

We just finished a year without concerts.  The last thing we want to do is to see that happen again.  Please help us create a safe environment for the audience, staff and band so that we can continue to enjoy live music inside through the winter.

Tennis' husband-and-wife team Patrick Riley and Alaina Moore began writing music together as a way to document the history of their time voyaging and living aboard a sailboat. The result was their first release, Cape Dory. Moore and Riley followed Cape Dory with Young and Old, which The New Yorker described as "winsome as it is ebullient" and debuted #1 on Billboard's Heatseeker Chart and #1 on CMJ Top 200, where it remained for three straight weeks.

Their fifth studio album, Swimmer, was released in 2020 via their own Mutually Detrimental label. Produced by Tennis and mixed by four-time Grammy Award-nominee Claudius Mittendorfer (Panic! At The Disco, Parquet Courts), Swimmer sees the Denver, CO-based duo elevating their distinctive pop approach to heretofore unexplored new heights, experimenting with atypical instrumentation, complex time changes, and an increased focus on lyrical storytelling fueled in part by a series of life-changing experiences that only served to strengthen their already powerful personal and creative bond. 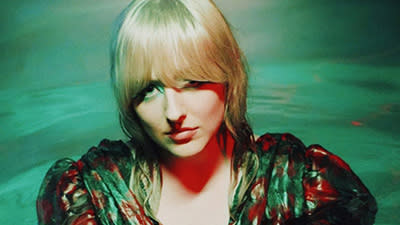 Molly Burch burst onto the music scene in 2017 with her debut album Please Be Mine, a ten-track ode to unrequited romance that she wrote after studying Jazz Vocal Performance at the University of North Carolina in Asheville. Please Be Mine earned praise from critics for her smoky, effortless vocals and bleeding-heart lyrics.

Romantic Images, her third album, marks a distinct evolution for Burch, both emotionally and sonically. Recorded in Denver with Tennis' Alaina Moore and Pat Riley producing, the collection celebrates the timeless delights of a well-crafted pop song, flirting with Blondie, Madonna, and even Mariah Carey as it forges a joyful soundtrack to liberation and self-discovery. Burch deliberately worked with more women collaborators than ever before on the album, and the results are transcendent, reveling in the passion and the power of the divine feminine.